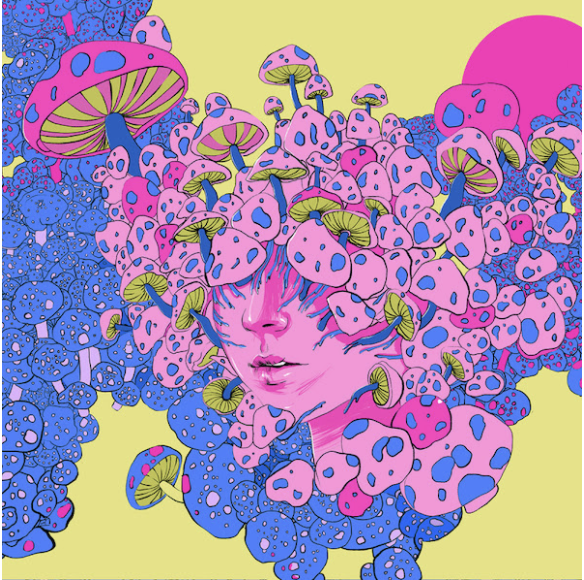 Psilocybin Mushroom Legality Around the World

Psilocybin and psilocin, the main psychoactive ingredients in magic mushrooms, are prohibited substances in many countries. As such, shrooms are also illegal to possess, grow, sell or purchase in most places.

The UN’s Vienna Convention of 1971 was an attempt to crack down on the rise of synthetic drugs such as LSD and MDMA, and it led to the creation of highly ignorant laws in its member countries, such as the US Psychotropic Substances Act and the UK’s Misuse of Drugs Act. The Vienna Convention specifically mentions psilocybin and psilocin as schedule I substances; however, it does not clarify whether organic materials containing psilocybin/psilocin are also prohibited.

This means that some countries have interpreted the Vienna Convention to mean that psilocybin mushrooms are not as illegal as psilocybin itself, and have made exceptions for its cultivation, use or sale.

Where are Magic Mushrooms Legal?

In Brazil, it is legal to possess, consume, and sell magic mushrooms – even though the substance psilocybin is technically illegal. Brazilian law requires that illegal activities have specific laws written about them, and there are none related to fresh mushroom cultivation or sale.

Although the British Virgin Islands prohibits the sale and transport of magic mushrooms, possession and personal use is legal. You may even notice vendors selling them to tourists without apparent consequences.

Jamaica doesn’t seem to have a problem with magic mushroom use, and there are even a number of shroom retreats in the country.

In Austria, the use of psilocybin mushrooms is decriminalized, but you may be required to attend therapy if you’re found with them. You can also grow your own mushrooms, as long as they’re for aesthetic purposes and you don’t ingest them…

Canada places restrictions on psilocybin mushrooms, but you can legally purchase mushroom spores, and even magic mushroom microdoses (more info here). We would advise against growing magic mushrooms for ingestion, as this could be interpreted as manufacture of a prohibited substance under Canadian law.

The cultivation of magic mushrooms has been decriminalized in the Czech Republic, as long as you are only growing a “small” amount. Possession of “large” amounts is still illegal (but it’s hard to know what these quantities are).

In Italy, magic mushrooms are somewhat decriminalized – you won’t go to prison for possessing small amounts, but you may face administrative punishments like losing your driving license.

Psilocybin is officially illegal to possess, cultivate and sell in Mexico; however, it is protected when used as a sacramental or tradition and cultivation of fresh mushrooms, as the Vienna Convention makes an exception for sacramental use of plant medicines. You can find many practices in Oaxaca and all around Mexico.

Magic mushrooms are decriminalized in Portugal, meaning you can possess small amounts without going to jail. However you’ll end up going to court-mandated rehabilitation or therapy if you get caught.

In Spain, the personal use of magic mushrooms has been decriminalized. There is ambiguity surrounding the use of grow kits and spores, and the possession of small amounts of fresh mushrooms. It’s best to not take any risks.

The United States has some big exceptions to the prohibition of psilocybin. Surprisingly, it’s legal to buy magic mushroom spores in most states (as long as you aren’t going to use them to actually grow mushrooms). Some states also prohibit the sale of spores (currently California, Georgia and Idaho). Amazingly, it’s legal to grow psilocybin mushrooms in New Mexico – and there’s even a religious group devoted to their sacramental use. Magic mushrooms have been decriminalized in Denver and Oakland, and other US cities may follow this example and make their own specific magic mushroom laws.

This blog was origionally posted and writen by: This awesome resource!